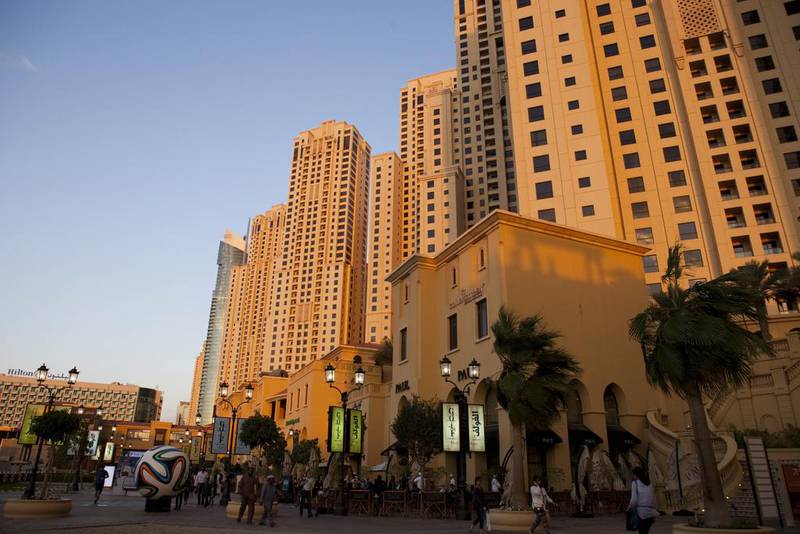 Average residential prices in the emirate jumped 2.8% in the first half of 2021, CBRE says

Residential transactions in Dubai hit an eight-year high in the first half of 2021 as demand for bigger homes increased amid the continued recovery of the property market from the coronavirus-induced slowdown.

Total transactions in the six months to the end of June surged 69.2 percent and 46.4 percent, compared to the same period in 2020 and 2019, respectively, according to CBRE Research.

Average home prices during the period jumped an annual 2.8 percent.

“ The increase in average prices has, in most parts, been led by villas, where – regardless of the grade of the community – we have largely seen price increases since around mid-2020,” the report said.

“ In the apartments segment of the market, the trend has been less uniform, with only a select number of communities seeing price growth in 2020 and, in those locations where we have seen price growth in 2021, in most cases the rate of change has been more constrained in comparison to the villa market.”

The UAE property market softened due to a three-year oil price slump that began in 2014, oversupply concerns, and the Covid-19 pandemic.

However, it is rebounding as people upgrade to larger homes with outdoor amenities amid a rise in remote working.

Economic support measures and government initiatives – such as residency permits for retirees and remote workers and the expansion of the 10-year golden visa program – have also helped to improve sentiment.

New supply coming to the market also remains lower in Dubai, which is aiding the recovery of the property market.

About 18,616 units were delivered during the first half of the year, with an additional 37,466 expected to be delivered over the course of 2021, the property consultancy said. Early estimates in 2021 had forecast the delivery of 83,000 units this year.

For the rest of the year, “ prime prices will be in positive territory but not at the same growth levels that we’ve seen to date" Taimur Khan, head of research at CBRE, told The National.

“ There is a still considerable amount of supply within the pipeline, but developers are getting a lot better in phasing in supply to match demand. In general, we are going to see the better market performance come through, but we are going to see a more controlled and more mature market.”

About 19,056 new units were launched this year, which is the lowest since 2012, according to CBRE.

Average rents in the UAE capital dropped 5.3 per cent. 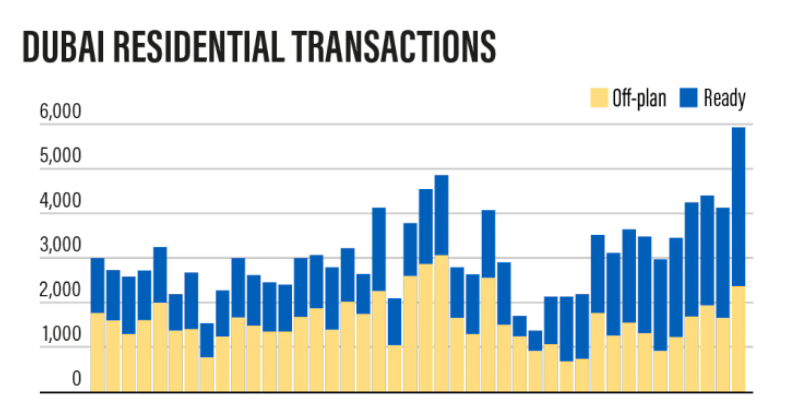 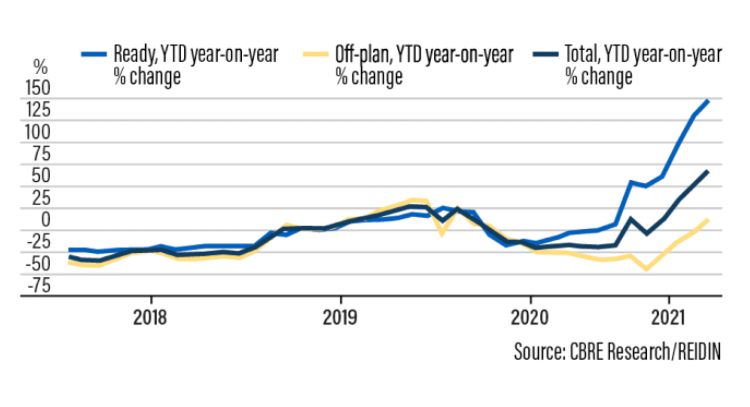 “ Apartment rents are expected to remain lower in 2021 compared to a year earlier, whereas, given relative supply levels and occupancy rates, we expect that while the rate of growth in villa rents will remain positive, we will see a moderation in the rate over the course of the year,” CBRE said.

Separately, global real estate adviser Savills said Dubai recorded the highest level of rental growth in the first six months of the year, alongside other cities such as Moscow and Miami.

Prime rental prices in the emirate climbed 5 percent between January and June, driven by a 20 per cent increase in rents across certain villa communities, Savills said in report on Tuesday.