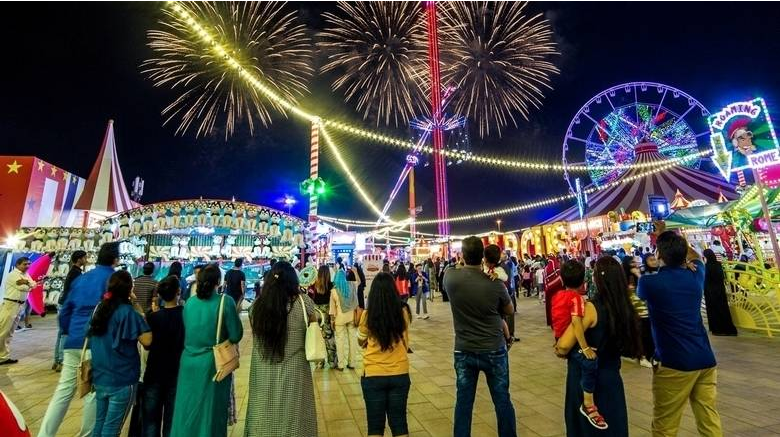 This reaped dividends as the share of Indian families with children grew by a substantial 13 percentage points from 32 to 45 per cent during those nine months over the same period last year.

Saudi Arabia registered a 2 per cent year-on-year growth with over 1.25 million visitors, largely driven by the kingdom's National Day holiday on September 23.

Despite the devaluation of the pound against the US dollar and continued Brexit uncertainty, the UK remained Dubai's third-largest source market with 851,000 visitors. Dubai retained high demand from families with children, one of the focus segments of the tourism strategy in the UK, accounting for 25 per cent of the share during the first nine months of 2019, up by five percentage points compared to the same period in 2018.

The number of visitors from Oman grew 28 per cent to 778,000 visitors, making it the fourth-highest traffic generator. China further increased tourism volumes, taking fifth spot with a 14 per cent increase that saw 729,000 Chinese tourists visiting the emirate.

India, Saudi Arabia, the UK, Oman and China were the five leading feeder countries, surpassing the five million threshold for the first nine months of 2019. The US and Russia maintained their sixth and seventh positions with 481,000 and 433,000, respectively.

Within the top 10 source markets, Germany and Pakistan also retained their eighth and ninth positions with 392,000 and 378,000 visitors, respectively, while the Philippines, one of the fastest-growing feeder markets, staged an impressive comeback to the top 10 with a 29 per cent increase, delivering 352,000 visitors.

"The robust increase in travel by families from key markets, and specifically from Saudi Arabia, exemplifies Dubai's growing appeal as a year-round 'must-visit' family destination, replete with events, attractions and activities for all ages," said Helal Saeed Almarri, director-general of Dubai Tourism.

"As we head into 2020, our efforts will remain focused on attracting new, first-time and repeat visitors from emerging, as well as established markets, to ensure that Dubai stays at the forefront of the world's widely recommended travel destinations," Almarri added.

Dubai is ranked the fourth most visited city globally in Mastercard's Global Destination Cities Index 2019 for the fifth year in a row. It has also been named one of the world's best cities for travellers to visit in 2020 by global travel authority Lonely Planet.

"Dubai is famed for its drive to seek out new world records, which will enthral visitors. The food is wonderful, and the shopping is world-class. Plus, in the run-up to Expo 2020, Dubai has been expanding its portfolio of attractions," said Tom Hall, vice-president of experience at Lonely Planet.

Mamoun Hmedan, managing director for the Mena and India at travel portal Wego, says the initiatives by the government and the all-year-round planned activities play a key role in ensuring a positive outlook for the local tourism industry in 2019. "With the significant developments around the Expo 2020, we expect to see more tourists at the beginning of next year," he said.

Wego data showed that solos are keeping the sector high in the UAE in 2019 with around 56 per cent of the total share of visitors. The remaining percentage is split between 24 per cent of couples and 20 per cent of families.

"This is mostly due to the emerging trend that we see nowadays - 'bleisure'. Business travelers are incorporating an element of leisure to their business trips. A lot of visitors are coming to the UAE for businesses and extending their stay for leisure," he added.

Dubai's hospitality sector continued to expand with 716 establishments offering a cumulative 119,779 available rooms in the emirate as of September 2019, a seven per cent increase over the same period last year.

Average occupancy for the hotel sector stood at 73 per cent, one of the highest in the world, with establishments delivering a combined 23.12 million occupied room nights during the nine months of the year.