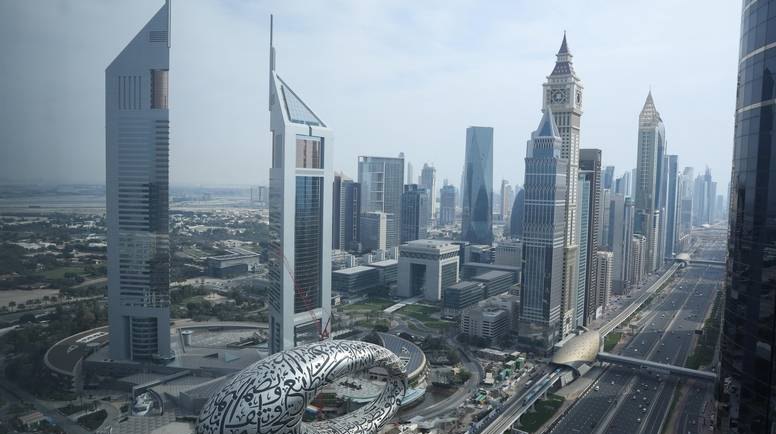 The work-from-home boom and the consequent increased need for space helped to increase capital values by 4.2 per cent in Dubai

Dubai ranks among the 30 prominent global cities to record a positive capital value growth for prime residential properties during the first six months of 2021 as the resilience of the world’s residential property markets continued unabated in the first half of 2021 --- the fastest growth rate since December 2016 --- a report by a leading global real estate advisor said on Monday.
The work-from-home boom and the consequent increased need for space helped to increase capital values by 4.2 per cent in Dubai. Other cities that experienced similar boom include Cape Town, Moscow, and Lisbon. Transaction volumes have also been going up in comparison with the first half of 2020 when a lot of cities were in complete lockdown.
Dubai’s success in handling the pandemic and proactive policy measures to jump start the economy played a crucial role in driving demand for prime residential, Savills said in its World Cities Index report.
In the index, capital values of prime residential properties across 30 cities grew by 3.9 per cent over the six-month period ending in June 2021.
From June 2018 to December 2020, the average growth in capital values across cities was only 0.7 per cent, due to changes in tax policies and overwhelming international uncertainty.
“The pandemic, which exacerbated the severity of the slow growth, caused many properties to completely shut down during lockdown in many cities,” said the report.
Not all cities performed equally over the past six months. Over 70 per cent of the locations had positive capital value growth for the first half of the year.
The cities which posted negative capital value growth are unified in their historical reliance on international buyers in their prime markets, a segment that has been severely limited by travel restrictions.
The highest capital value growth was recorded by Chinese cities with six-month growth figures between 7.9 per cent in Guangzhou and 13.7 per cent in Shanghai. Price rises in China have accelerated in 2021 despite tightening of financing and local policy changes in an attempt to cool the markets. “Lending-fuelled purchases have been driving Chinese property price growth in recent years, with buyers believing property is likely to remain the safest investment in China,” said the report.
While nearly 70 per cent of the locations affected by Covid-19 experienced positive capital value growth in the past six months, cities with a long history of relying on international buyers in their prime markets saw negative capital value growth as a result of travel restrictions, said Savills report.
Swapnil Pillai, associate director of research at Savills Middle East, said the return of international travel is likely to provide an increased supply of buyers for prime properties. “Furthermore, the economic recovery and growth led by increasing vaccination rate in the UAE is expected to further support buyer confidence and boost demand. Though a degree of pandemic-related uncertainty remains, the prime residential sector is likely to remain strong through the rest of the year.”
The report noted that the availability of good quality stock, low lending rates and relatively affordable real estate prices led to strong transaction activity which drove capital values higher across prime properties Return of international travel to world cities will likely provide an increase in the supply of buyers for prime properties
In the US, Los Angeles and Miami lead with growth above 9.0 per cent in the first half of 2021.
The most expensive location in the index, Hong Kong, had seen declines in prices from 2019 through the first half of 2020 as a result of uncertainty in the region. However, capital values increased 1.9 per cent in the year to June 2021.
In London, following six years of falls, values remained flat in 2020 then recorded an increase of 1.1 per cent in the first six months of 2021 as the city looks good value.
Some cities have seen price changes go from negative to positive territory in the first half of 2021. Singapore, Bangkok, and Kuala Lumpur benefitted from increased demand for decreased supply.
Publish Date: 19-08-2021
Source: https://www.khaleejtimes.com/business/local/dubai-ranks-among-top-cities-in-capital-value-surge