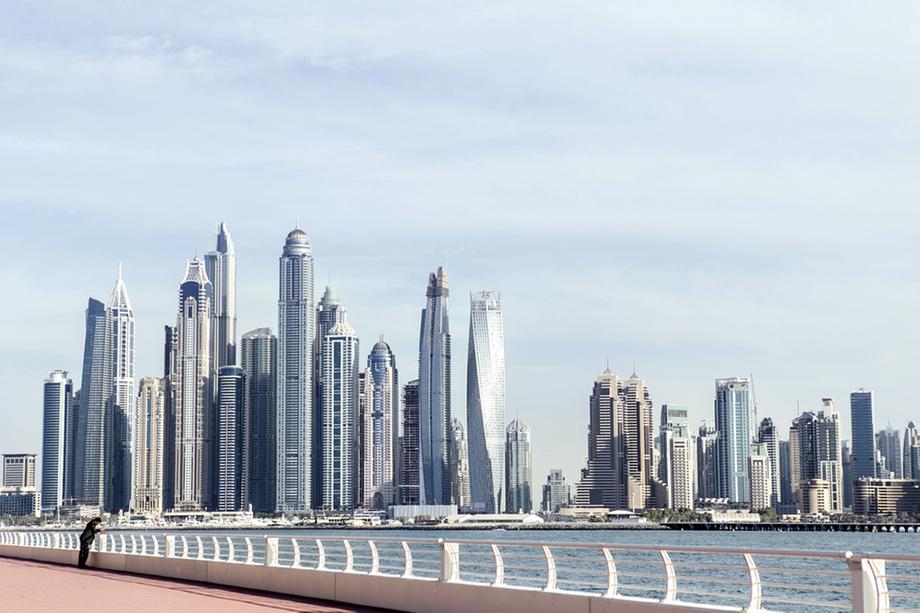 Ready home sales increased 76.1% on an annual basis, according to consultancy ValuStrat
The first quarter of 2021 registered the highest recorded number of home sales transactions in Dubai since 2010, according to a market report by real estate consultancy ValuStrat.
Dubai registered sales of more than 6,000 ready homes worth Dh13.5 billion ($3.7bn) and 3,600 off-plan properties worth Dh5bn in the first three months of the year, the report said.
The volume of ready home sales increased 76.1 per cent on an annual basis, while off-plan sales declined 30.2 per cent. When compared to the previous quarter, ready home sales were up 17.4 per cent and off-plan sales were 8.9 per cent higher, ValuStrat said.
“General market sentiment has improved. This is due to the measures put in place by the government to encourage growth in demand as well as managing oversupply,” Haider Tuaima, head of real estate research at ValuStrat, said.
“The handling of the Covid-19 crisis and the excellent country-wide vaccination programme boosted market confidence, leading to early economic recovery. With banks offering record low interest rates and [a] higher loan-to-value ratio of up to 85 per cent, getting on the property ladder became more affordable.”
The property market in the UAE slowed in the wake of a three-year oil price shake-up that began in 2014 in addition to an oversupply. The coronavirus-induced economic slowdown further pressured the market in 2020.
However, new programmes such as visas for expatriate retirees and the expansion of the 10-year golden visa scheme to attract foreign professionals to settle in the UAE are expected to support the local real estate market. 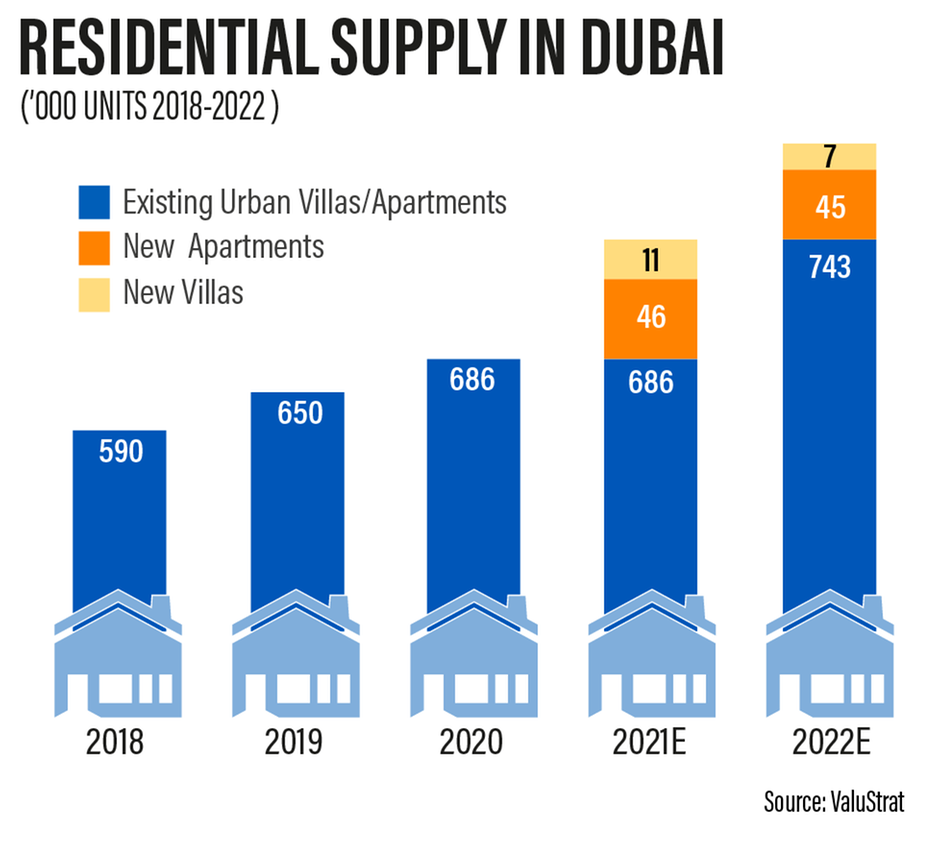 The average transaction size for ready homes grew 0.9 per cent quarter-on-quarter, while off-plan homes increased 8.2 per cent to Dh2.3 million and Dh1.4m respectively, the ValuStrat report said.
This mirrors the findings of a report last week by listings portal Property Finder which showed that sales of ready villas and townhouses in Dubai jumped more than three-fold during the first quarter as residents sought more spacious homes amid the coronavirus pandemic.
The median transacted price for ready apartments was Dh852 per sq ft in the first quarter, up 9.8 per cent on the prior quarter and 1.5 per cent on the same period last year. For ready villas, the median transacted price was Dh890 per sq ft, up 15.3 per cent on the quarter and 13.7 per cent on last year.
“All established freehold villa locations saw capital values improve since the last quarter, ranging from 1.8 per cent to 5.4 per cent. However, only half of apartment locations improved in value. Some areas saw declines of up to 2.8 per cent,” the report said.
The best-performing freehold areas were International City, Arabian Ranches, The Meadows, The Lakes and Palm Jumeirah, according to ValuStrat.
Although residential capital values increased 0.8 per cent quarter-on-quarter – with the first three months of the year each showing positive trends for the first time since 2014 – prices still remain 10.9 per cent lower on a year-on-year basis.
The relatively low level of current valuations have made the Dubai real estate market more attractive to a wider pool of investors, Mr Tuaima said.
Approximately 7,294 residential units were built in Dubai during the first quarter. Total residential supply for this year is estimated at 46,316 apartments and 10,563 villas/townhouses, the report said. More than 50 per cent of new properties will be located in Dubailand, Jumeirah Village Circle, Downtown Dubai and Dubai Creek Harbour.
In 2020, 36,015 units were completed, of which 27,435 were apartments and 8,580 were villas/townhouses, ValuStrat added.
Residential rents were down 18.4 per cent for apartments but jumped 3.9 per cent for villas compared to the same period last year. Average annual rents for two-bedroom villas stood at Dh103,000, three-bedrooms at Dh150,000, and four-bedroom villas at Dh212,000. Average rents per annum for studio apartments were Dh35,000, one-bed apartments were Dh52,000, two-bed units were Dh78,000 and three-bedroom apartments were Dh114,000. Residential occupancy in Dubai is estimated at 80 per cent, the ValuStrat report said.
Dubai’s residential net yields averaged 6.1 per cent, with apartments at 6.4 per cent and villas at 4.9 per cent, the report added.
Meanwhile, office sales transaction volumes in Dubai during Q1 were 41 per cent higher when compared to the previous quarter and up 45.7 per cent annually. Median office asking rents were relatively stable quarterly but saw a 3.2 per cent annual decline, according to ValuStrat.
In terms of retail supply, 12.2 million sq ft gross leasable area of shopping space was completed in 2020, most of which is expected to open this year. These include The Circle Mall JVC, Al Warqa City Mall and The Agora Mall Jumeirah.
An estimated 14,587 hotel rooms and hotel apartments are expected to be added by the end of 2021, ValuStrat said. During the first quarter, approximately 1,286 keys were added to Dubai’s hotel stock from the opening of five hotels.
Citywide hotel occupancy reached 65 per cent, down from 82 per cent in the same period last year before movement restrictions to stem the spread of Covid-19 were put into place. The average daily rate was 17 per cent lower annually at Dh390, and revenue per available room (RevPAR) fell 34 per cent annually to Dh254, the report added.
Publish Date: 3 May 2021
Source: https://www.thenationalnews.com/business/property/dubai-property-sales-transactions-hit-11-year-high-in-q1-report-says-1.1214986