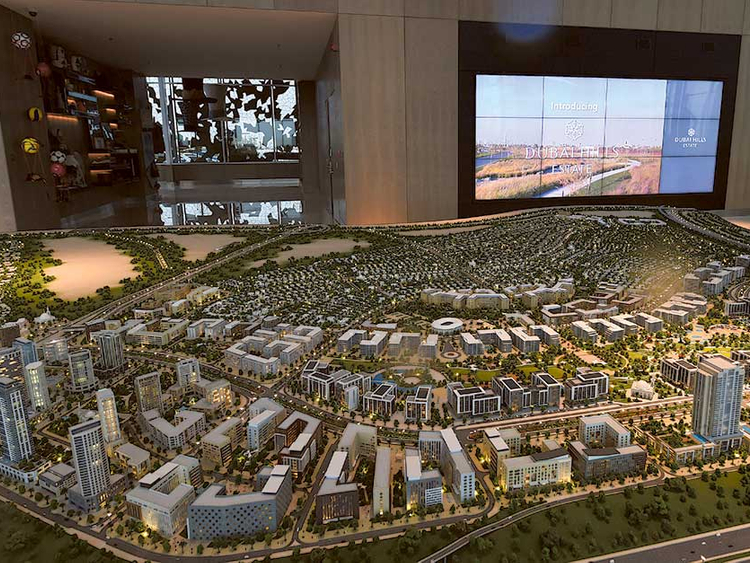 But before year-end this could be bettered as some Palm villas carry Dh100m plus tags
Dubai Hills was the go-to place for wealthy property investors during the year. The priciest transaction was for Dh75 million, but there were other mega-deals too.
Dubai: The wealthy are in no mood to sit out through the pandemic doing nothing. Some are busy picking up new homes in Dubai, with the Top 10 deals so far this year totalling up a whopping Dh587 million and a few.
Two of those units, at the Il Primo tower in Downtown, were bought during the third quarter, just as Dubai was emerging from the lockdown phase and commercial activity was renewed. And the price tag on these apartments? A substantial Dh58.6 million apiece.
But they aren’t the costliest deals in the year-to-date - that honour went to a 42,000 square feet plus villa in Dubai Hills, which fetched the seller a handsome Dh75 million. In second place was an Emirates Hills home, delivered for Dh69 million, according to Luxhabitat Sotheby’s, the consultancy.
There could be more mega-deals on the way, with some villas currently for sale on the Palm carrying asking prices well upwards of Dh100 million. Even then, there were some relative bargains available for the rich - at Dubai’s premium residential locations, the average selling price at the end of the third quarter was Dh1,194 a square foot against Dh1,327 a square foot earlier.
This too has helped with a partial revival in demand between July to September.
Banks are helping out
“Banks are offering low fixed-rate mortgages as well as higher loan-to-value rates,” said Andrew Cleator, Managing Director at Luxhabitat Sotheby’s International realty. “This has triggered a flurry of first-time buyer purchases as buyers now see long-term benefits of owning as opposed to renting.”
Preferred choices
The Mohammed Bin Rashid City - where communities such as District 1 and Hartland are seeing more handovers - has cemented its spot as the preferred destination for the well-heeled. In the third quarter, this location saw Dh2.2 billion in transactions, and well ahead of the Downtown (Dh1.2 billion) and Palm (Dh1 billion).
A clear trend is emerging from the COVID-19 phase - if they have the funds available, buyers of today are opting for bigger homes… and a bit of outdoor space is a big draw. Sales of villas have doubled between July and end September, to total 438 units.
“Being forced to spend more time at home due to the pandemic has certainly demonstrated people have been looking for more space to occupy,” said Cleator. “We have seen demand rise for townhouses and villas as they are more appealing to end-users.”
End-user preferences
District 1 in MBR City, Dubai Hills, Al Barari, the Palm and Arabian Ranches are picking up quite a bit of buying activity among end-users.
Secondary surge
The ready or near-ready homes are quite the favourites these days. In the third quarter alone, secondary market deals were valued at Dh6 billion as against Dh2.7 billion in the second quarter. It could be surmised that a lot of these buyers were for ready units.
“As the offplan segment hasn’t been able to absorb the capital with enough new releases, cash is diverted to the most stable secondary property markets,” said George Azar, CEO of Luxhabitat Sotheby’s International Realty. “We have seen a big increase in the prime residential markets.
“This will only strengthen further as Dubai will play a key role in the post-pandemic scenario. The UAE will attract a significant influx of expats as well, mainly because of how it has handled the pandemic issue on a global level while keeping the economy open.
Publish Date: 20-10-2020
Source: https://gulfnews.com/business/property/despite-covid-19-concerns-dubais-top-10-residential-deals-total-dh587m-so-far-in-2020-1.1603080001992