Discover All the Holiday Events & Festivals in Dubai This December 2021 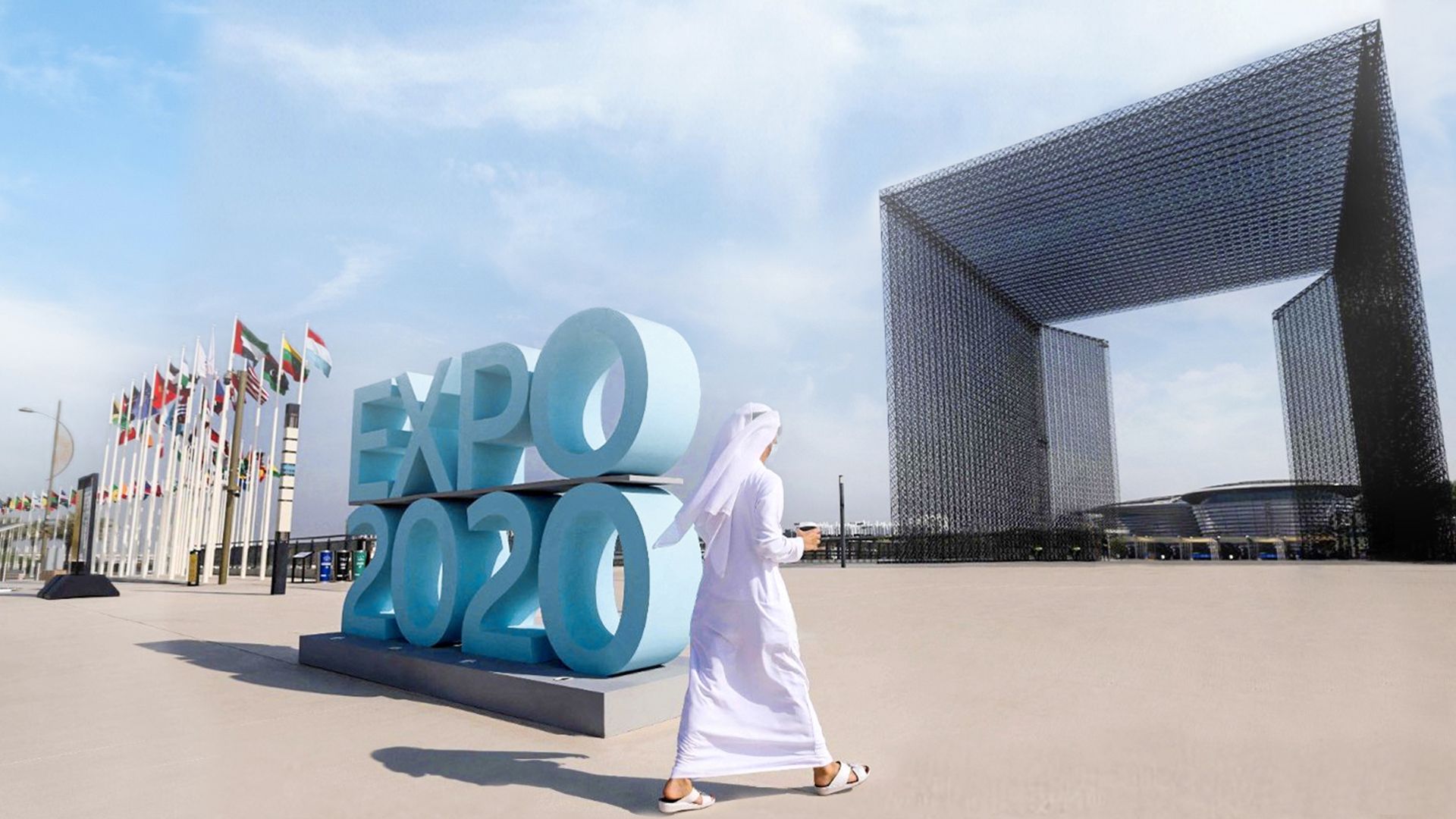 Discover All the Holiday Events & Festivals in Dubai This December 2021

The holiday season is fast approaching, and we have prepared some of the most-anticipated events and festivals lined up for you and your family in Dubai this December! Check them all out below. 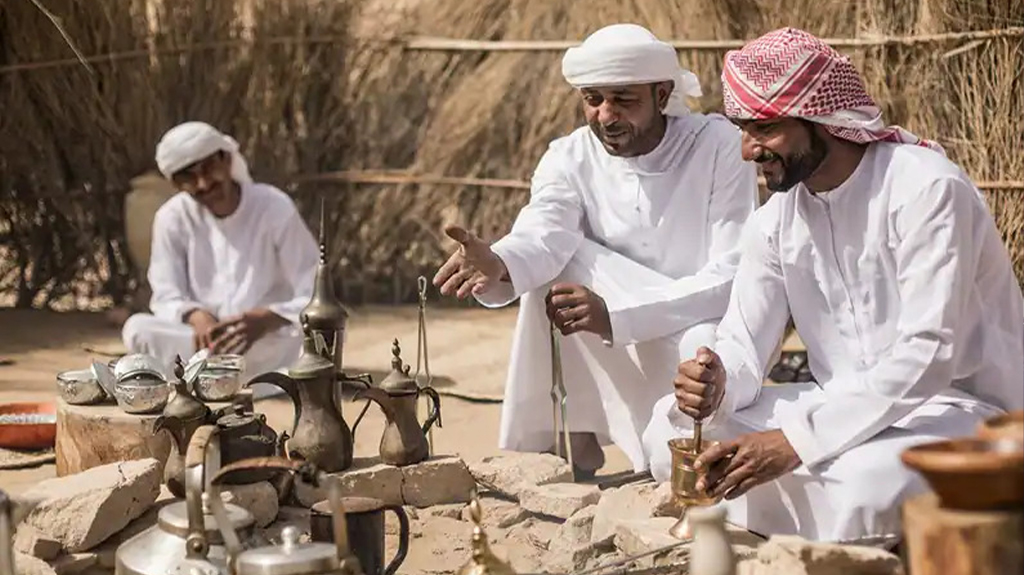 Celebrated each year on 2 December, the UAE National Day is one of the most anticipated holidays in the country. And in 2021, the country will be marking its golden anniversary of 50 years.

The sky above Dubai’s most popular locations will light up with vibrant firework displays on 2 and 3 December. From The Pointe, Atlantis, The Palm and Bluewaters Island to La Mer and Burj Al Arab, the dazzling illuminations promise to be an unmissable grand spectacle.

Witness thematic projections of flag-coloured lights around the city's most iconic spots like the Burj Al Arab and Dubai Frame creating a festive ambience. Be a part of the exciting atmosphere at Dubai Festival City Mall where pyrotechnics will complement an impressive Arabic-themed production of IMAGINE marking 50 glorious years of the UAE. 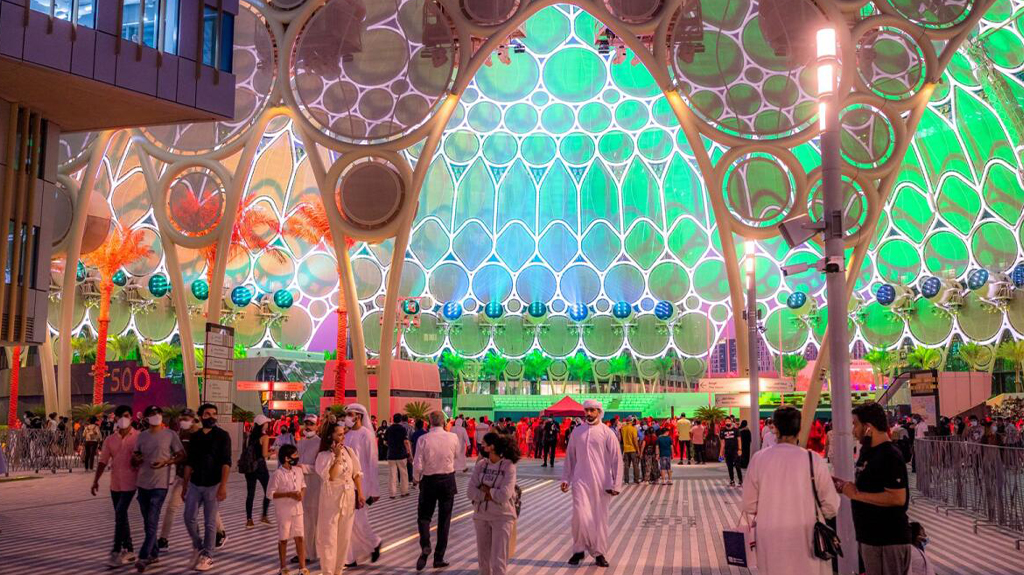 From 1 October 2021 to 31 March 2022, Expo 2020 Dubai will welcome visitors from every corner of the globe, as it brings together the planet in one place to reimagine tomorrow

Expo 2020 will be the biggest cultural gathering in the world, presenting a visually striking and emotionally inspiring 182 days, as more than 200 participants and millions of visitors create the largest and most diverse World Expo ever. For six months, Expo 2020 will be a must-visit family destination, with thousands of events, amazing exploratory experiences, and free entry for children up to age of 18. Check out the full calendar of events on expo2020.com/en/calendar 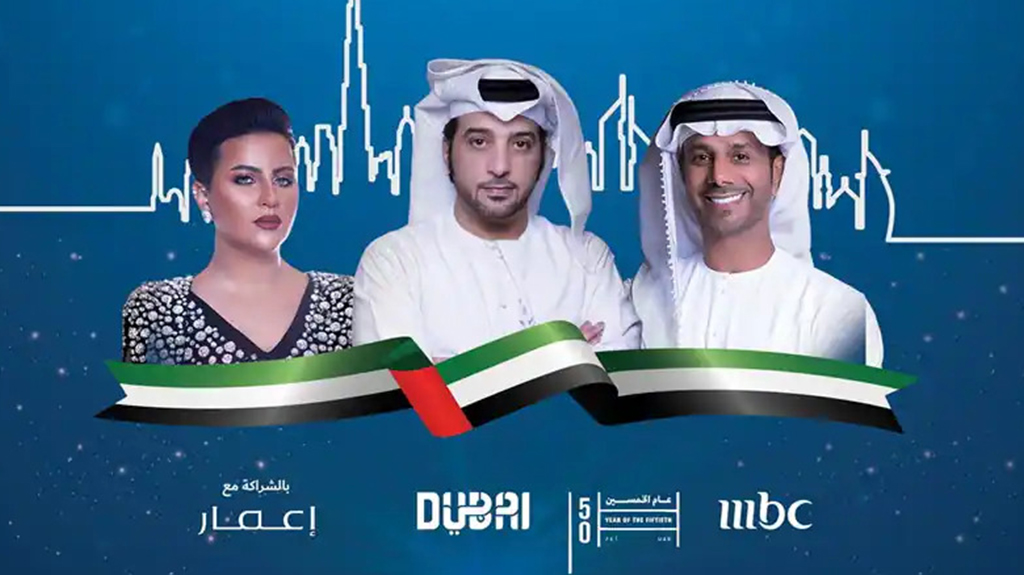 Celebrate the Spirit of the Union on 2nd December with a star-studded concert at Burj Park, Downtown Dubai by Emaar. Get ready to be enthralled by Emirati singers Eida Al Menhali and Shamma Hamdan as they commemorate the Golden Jubilee, along with singing sensation Fayez Al Saeed.

Watch the three artists perform all their hits live with the Burj Khalifa towering majestically behind them. Sing along with Hamdan as she belts our songs like Moajaba and Anadet Feek or tap your feet to Al Saeed's El Shorta. Al Menhali's standout track Motasoa is sure to entertain audiences, so let upbeat Arabic tunes build your patriotic spirit on 3 December. Get your tickets now for this unmissable celebration. 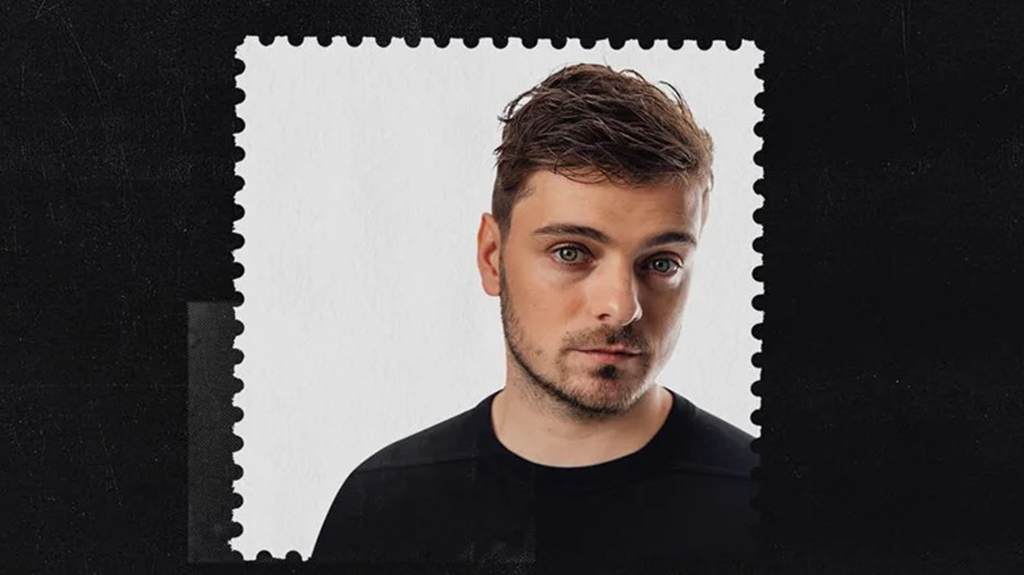 The stage is set for one of the world's biggest dance music sensations as he returns to the city for a spectacular showcase with an expected audience of over 10,000 fans. Head to the Coca-Cola Arena to watch Dutch DJ Martin Garrix live in Dubai.

The award-winning artist who was ranked number one on DJ Mag's Top 100 DJs list for three consecutive years has performed at renowned music festivals like Coachella, Electric Daisy Carnival, Ultra Music Festival, Tomorrowland and Creamfields. Hear the hitmaker spin chart-toppers like Animals, In The Name Of Love, Wizard and Scared To Be Lonely. In 2021 alone Garrix had a billion streams on Spotify for recent tracks including Pressure in collaboration with Tove Lo. Book your tickets now for this concert that's sure to electrify.

Doors open at 7:30pm.
Proof of vaccination is required to attend this concert.

Get ready for an evening of unlimited jokes, quips and non-stop banter as Filipino-American stand-up comedian Jo Koy returns to the city for his Funny Is Funny World Tour. Round up your crew and head to the Coca-Cola Arena to watch the jokester perform his latest routine that is sure to leave you in splits.

The talented comic is a regular on the TV show Chelsea Lately and has made several appearances on The Tonight Show Starring Jimmy Fallon, @midnight with Chris Hardwick, Jimmy Kimmel Live!, Last Call with Carson Daly, Jamie Foxx: Laffapalooza and many more. Koy has sold out shows across the globe with his unmatched style which includes hilarious observations and storytelling. Get your tickets today to watch this funnyman share hilarious insights about his daily life. Doors open at 8pm. 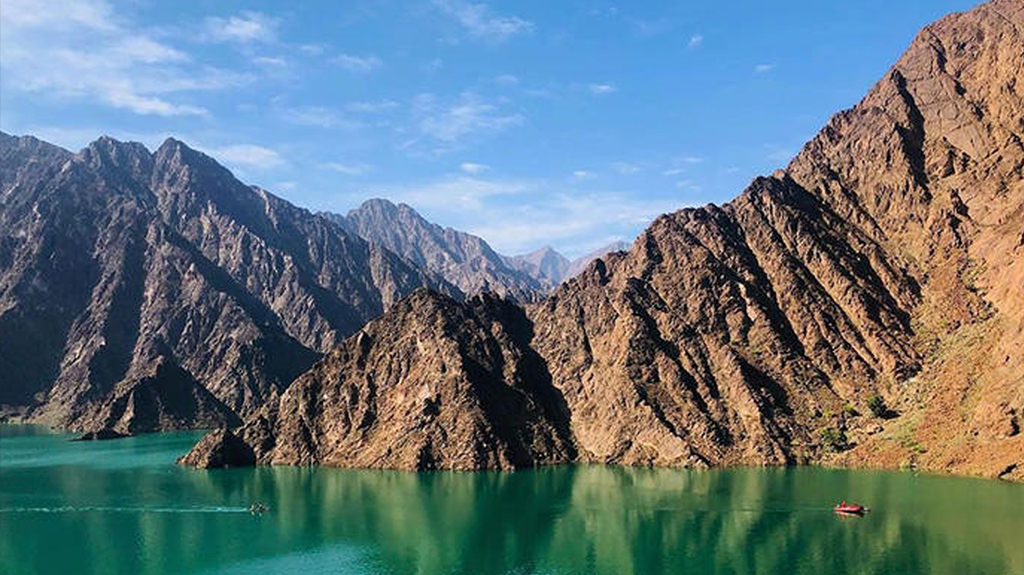 Witness a spectacular showcase to mark UAE’s 50th National Day at Hatta Dam. The special grand ceremony will be broadcast live on the official website as well as all TV channels at 5:30pm on 2 December. Journey from UAE’s past to present with this sensational floating theatrical experience, which will be open to everyone from 4 to 12 December.

Get an insight into the emirates’ rich history and culture from the time of its inception until today. Learn about the nation’s present-day achievements and take a peek to see what kind of development projects will be a part of the future. Tickets are limited so book them today to be a part of this extraordinary spectacle in Hatta. 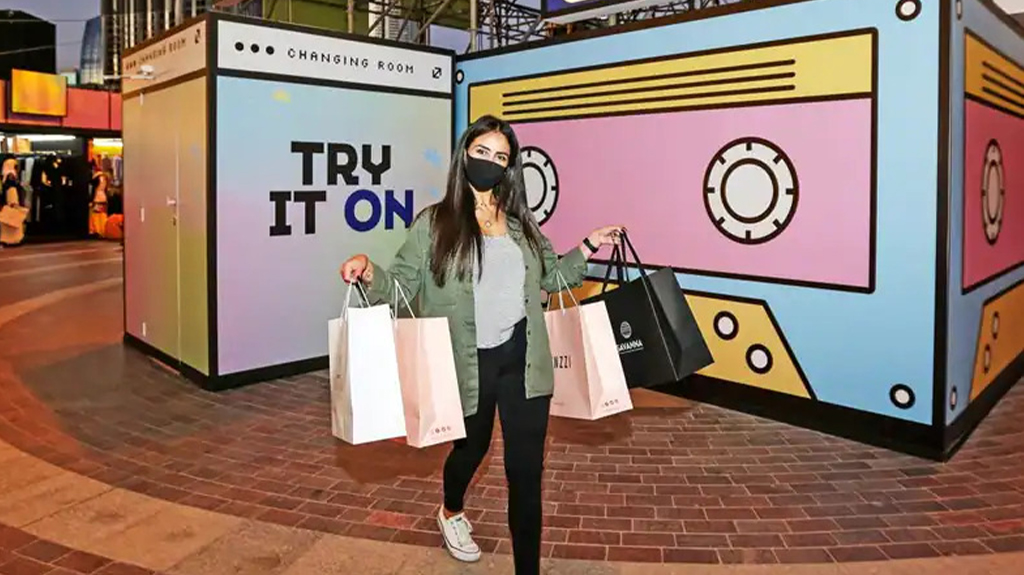 Unbeatable deals, family fun, endless surprises – the annual Dubai Shopping Festival (DSF) is the best time to be in the city.

Held from from 15 December to 29 January, this is the festival we've all been waiting for. Malls and shopping destinations come alive with amazing discounts on just about everything, while daily entertainment, shows and extraordinary raffles keep you surprised every single day.

DSF is about so much more than just retail. Catch concerts by global and regional superstars – 2020 saw the likes of Anne-Marie and Clean Bandit entertain crowds across the city. See impressive fashion shows, and explore pop-ups and outdoor markets.

And of course, colourful fireworks displays and family experiences will make this a fun-filled time for the whole family. Mark your calendars for the best place to be this winter. 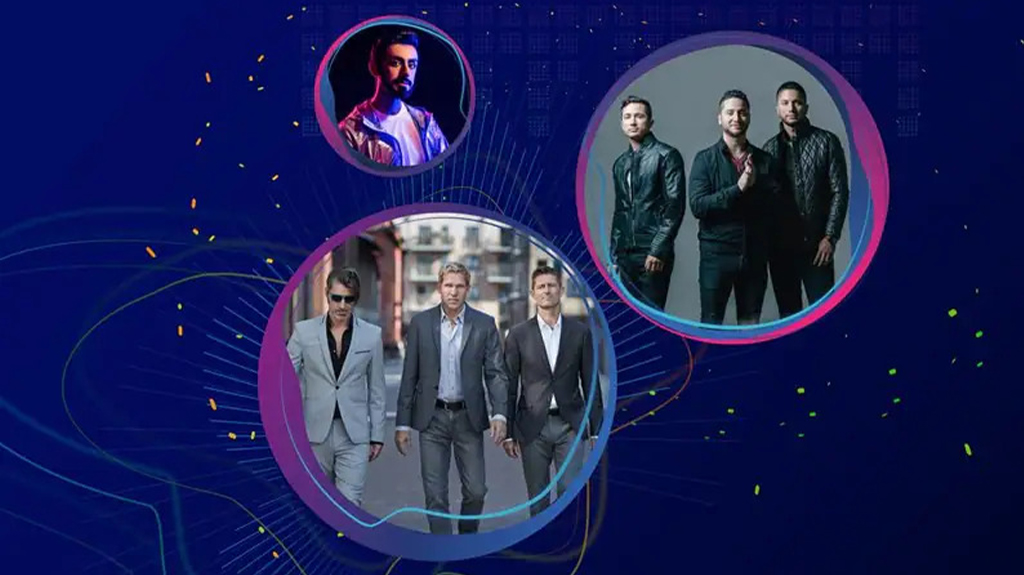 Celebrate the UAE’s golden jubilee as the country completes 50 years with an entertaining music festival featuring Danish band Michael Learns To Rock (MLTR) at Dubai Festival City’s Festival Arena. Take a journey back to the 90s as MLTR belts out their soft and pop-rock chart-toppers like Breaking My Heart, Someday, and 2006’s most downloaded single of the year — Take Me To Your Heart.

The night will also see popular cover band Boyce Avenue take to the stage for an unmissable performance of their top tunes. Enjoy a repertoire of cover songs, remixes and originals by the American band of brothers who have previously toured across Canada, Europe, Australia and more. Get your tickets today and make the most of your evening with a memorable live concert. Doors open at 6pm.

Proof of vaccination is required for this event. 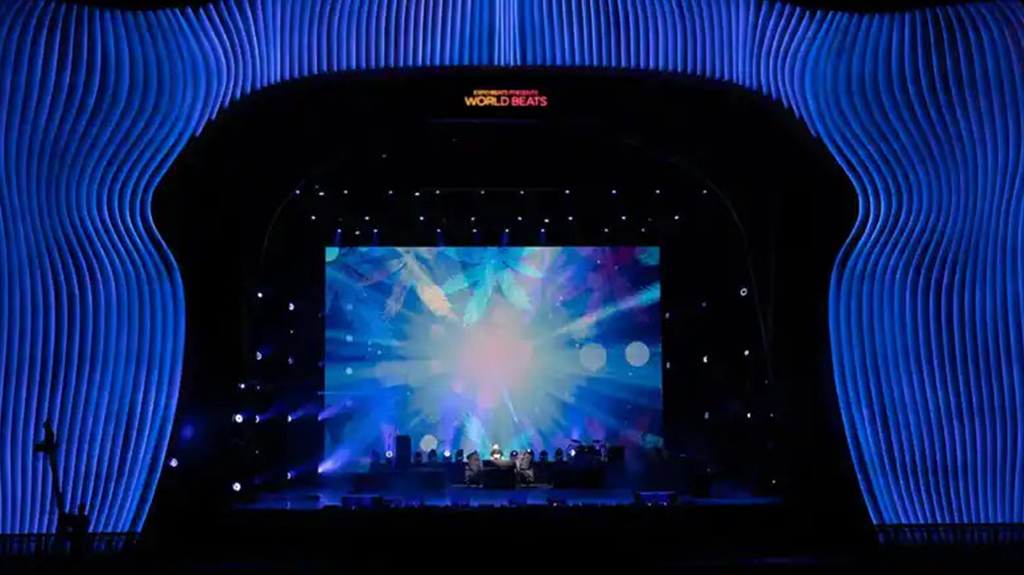 Get ready for some foot-tapping performances at Expo Beats — with December's theme being Tribal Beats. The musical extravaganza will see entertainers from all over the world make their way to Dubai for live sets.

The Nutcracker at Dubai Opera 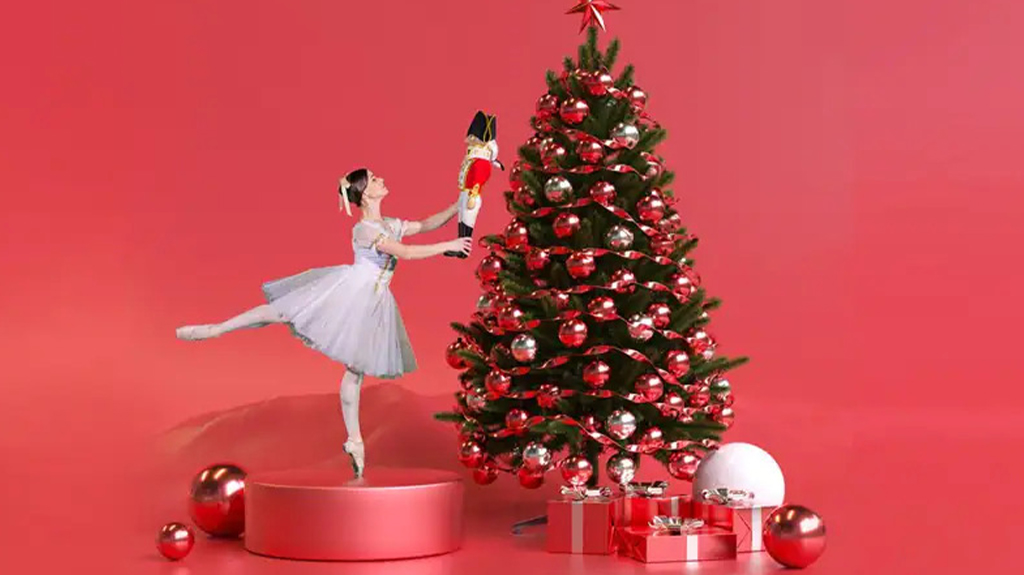 This December, see the famous story of The Nutcracker brought to life at Dubai Opera, by the talented performers and dancers of the Russian State Ballet and Opera House.

The score is filled with Tchaikovsky's most recognisable tunes, including Waltz of the Flowers and Dance of the Sugar Plum Fairy, which will all be played by a live orchestra. It tells the story of a young girl, Clara, who receives a mysterious nutcracker as a present. When midnight strikes, the nutcracker comes to life, and Clara helps him defeat his enemy, the Rat King.

Proof of vaccination is not required for this performance.

The Sound of Christmas 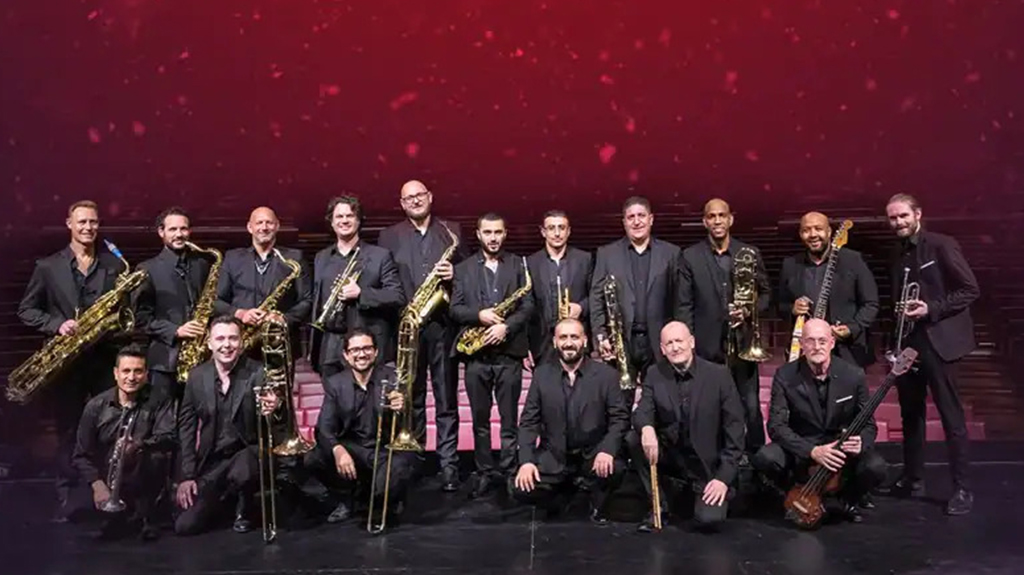 It’s time to be merry as The Dubai Opera Big Band makes its way back to the stage for a musical celebration unlike any other. Get into the Christmas spirit and sing along as you witness this entertaining production of all your favorite tunes at Dubai Opera.

Enjoy an extravagant festive vibe when twenty five of the top jazz musicians from the region entertain the audience, with talented performer Adam Lang at the helm. Hear classics like Santa Baby, Jingle Bell Rock, Winter Wonderland, Feliz Navidad, All I Want for Christmas Is You and more. The group will be performing twice — a special family show in the afternoon and another one in the evening. Book your tickets now and make it a Christmas to remember. 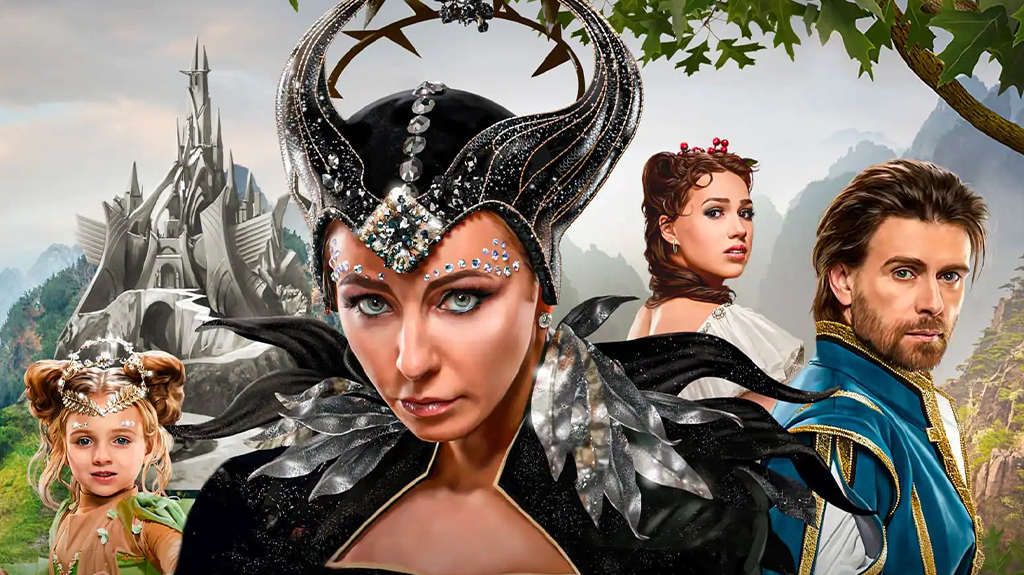 Get ready for a fascinating evening as you watch Russian Olympic figure skating champions glide elegantly across the rink. Head to the Coca-Cola Arena for the musical Sleeping Beauty: The Legend Of The Two Kingdoms, a live show unlike anything you have seen before.

Witness world-famous performers Tatyana Navka and Alina Zagitova bring the fairy tale to life with their breathtaking movements, superlative acting and vibrant costumes. You'll be immersed in the production as 3D projections and lighting – developed by a crew of over 1,500 people – whisk you to a magical land. Book your tickets today for this theatrical masterpiece featuring outstanding choreography and special effects.

New Activities and Summer Adventures in Dubai this August 2022

Dubai - A City of Superlatives

Summer never ceases to Surprise! Events and Activities in Dubai this July 2022